Contextual background: Catharsis of Ur wakes to find himself in a room recovering from the attack of the Wahrlog, Specter. He was rescued by angelic sentries after trying to take his life in order to avoid the attack from Specter. 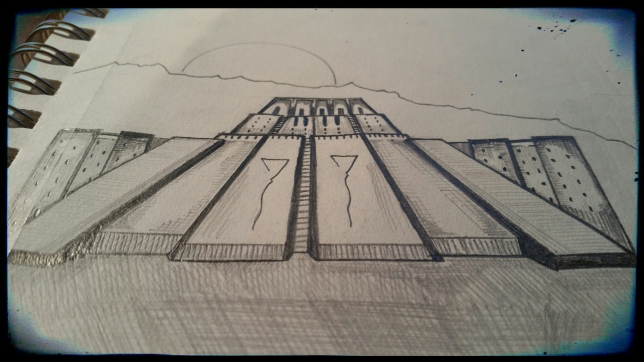 When Catharsis opened his eyes, he felt the dull stinging of burnt flesh on his face. He could smell it through the medicated jelly, covered by stained strips of papyrus bandages and mud. END_OF_DOCUMENT_TOKEN_TO_BE_REPLACED

Posted by Surviving the Specter on 11/26/2016 in Depression, Short stories

Advice for authors of fantasy, science fiction, and horror

Life hacks, fashion and beauty tips, photography, health gyan, poetry and heartfelt musings about everything and anything under the sun!

Health Educator for the New Millenium

"A Journey of Self-Discovery: Remembering Who You Are"

Resources and Ideas for Making Maps

Gathering a Community of Worldbuilders

The Wild Heart of Life

The World according to Dina

Notes on Seeing, Reading & Writing, Living & Loving in The North

writing circles & poetry to keep your light on

some scars can’t be seen

Growing older is inevitable. Growing up is optional.

where nothing is quite what it seems

A daily selection of the best content published on WordPress, collected for you by humans who love to read.

From the Darkness into the Sunshine

"The greatness of a nation and its moral progress can be judged by the way that its animals are treated." (Ghandi)

When Mental and Chronic Illness Collide

Speak up, even if your voice shakes.

My experiences with autism, depression, and life

From Podcasting to Blogging to Public Speaking and Coaching...

From head to pen - A great WordPress.com site

Two Angels and a Black Dog

The journey of a single mum with bipolar

Liberating truth and free thought with words of wisdom, wit and wonder

The Poetry of My Life through My Writings and Journeys

On a journey to a happier place